Stress is not a simple malaise, it results in physiological changes such as the increased release of hormones or neurotransmitters (cortisol, catecholamines), or even weight loss. All this is not without consequences on the health of our animals. However, rabbits and guinea pigs are very exposed to it due to their naturally anxious temperament.

What are the main causes of stress?

1) In rabbits
It is important to know that confinement, i.e. life in a cage, represents in itself a stress for the rabbit. This has been somewhat mitigated by domestication, which has gradually selected rabbits that are more tolerant of living in a confined space. Nevertheless, outings remain essential for the mental health of your rabbit.

On the other hand, it is a territorial animal. This is why it generally does not tolerate intrusions into its cage, which it often punishes with growls or paws. It is also for this reason that the introduction of a new congener into the territory can be a source of stress. It must therefore be done very gradually. Ideally, the first contacts should take place in a “neutral” zone, i.e. a place that your rabbit does not consider as its territory.

Any foreign environment stresses the rabbit: guarding by a friend during your vacation, hospitalization, transportation, unusual odor. Similarly, handling that is too long or too frequent, or sudden or unusual noises will increase your pet’s anxiety. This has led rabbit breeders to constantly play music, or leave the radio on, in order to make a continuous “background noise” to accustom the rabbits to a rich sound environment. This prevents them from panicking at the slightest noise (door slamming, object falling to the ground).

Finally, it is important to remember that rabbits are by nature prey. Thus, even if many of them are very fond of chase games, these should still be avoided because they mimic a predation situation. A rabbit that tries to engage in a chase game for fun will quickly become “overwhelmed” and overwhelmed by stress.

2) In the guinea pig
Even more than the rabbit, the guinea pig is an extremely social animal that has a real need for contact with its congeners. Anything that can disrupt social interactions induces stress. This is the notion of “social stress” (separation from fellow guinea pigs, bringing a foreign guinea pig into the presence of the mother, early separation of the mother from her cubs). Conversely, they are less sensitive to stress when they are surrounded by their congeners.

Just like the rabbit, the guinea pig should not be chased and should be handled with delicacy. Some very shy individuals should be approached gradually.

How to recognize a stressed animal?

In a stress situation, the rabbit adopts a particular position: it freezes, its legs underneath, its ears pressed against its body and its eyes are protruding. It thus remains prostrate and breathes abnormally fast. Guinea pigs tend to stiffen and even play dead. If it is in panic, it can also start running around until it risks being injured. In case of stress, the heart rate of these animals, already very fast, increases considerably.

In rabbits such as guinea pigs, stress can lead to the release of pigments called porphyrins in the urine, which then turn orange to brownish. However, this coloration can also be caused by the consumption of certain plants. It is not uncommon for guinea pigs to urinate under the influence of fear.

Pulling out the hair, and for guinea pigs to chew on the ears of their fellow pigs is a sign of chronic stress, as is the disappearance of normal behaviour: the animals may stop grooming or eating. It is not uncommon for a stressed rabbit to stop eating its caecotrophs.
Guinea pigs tend to seek solace from their owners when they are in a stressful foreign environment.

What are the consequences of stress?

It is important to keep in mind that very acute stress can lead to cardiac arrest in rabbits, which can actually “die of fright”. In addition, in panic, they may injure themselves. Rabbits in particular have a tendency to struggle and, if they are not held properly, risk serious spinal injuries.

Rabbits and guinea pigs are prey. When they are stressed, they naturally tend to mask signs of pain or illness that would make them more vulnerable to predators. It is therefore more difficult to detect health problems in these animals when they are stressed.

On the other hand, stress lowers the threshold for pain perception. The animals are then more comfortable. After an operation, stressed animals have more pain, recover less quickly and heal less well. Similarly, stress induces a decrease in the immune system and can promote the onset of diseases.

The functioning of the digestive system is very much affected by stress. If a rabbit or guinea pig is anxious, it will slow down the motility of its intestines and eventually lead to digestive stasis, which is always serious. Thus, in case of anorexia or in the absence of defecation it is important to consult your veterinarian as soon as possible. Imbalances in the digestive flora linked to stress can also be the cause of diarrhea. These are frequent in young rabbits stressed by weaning and transportation to pet stores.

In pregnant females, stress can cause serious problems, especially if it induces anorexia. Indeed, if a slightly fat rabbit suddenly stops eating shortly before farrowing, she is at risk of pregnancy toxemia. If she stops eating, the rabbit is forced to massively use her fat reserves to produce energy, which can lead to serious liver problems. She then becomes lethargic and may develop locomotor problems. On the other hand, after the birth of the young, stress can also lead the mother to cannibalism.

How can the stress level be reduced?

The potential consequences of stress are therefore numerous. However, all this can be avoided by following simple rules on a daily basis.

To reduce their sensitivity to stress, rabbits and guinea pigs must be handled from an early age. It is important that they are gently confronted before weaning with humans, children, domestic noise or animals of other species. This will make them less anxious in adulthood. It is regularly observed that animals born in private homes are more sociable and less anxious than those from pet shops.

The cage is a refuge, this must be respected. Children must understand that rabbits and guinea pigs must be left alone when they are in their cage and not be disturbed. The cage must be placed in a quiet place and include a box or small house where the rabbit or guinea pig can hide if it feels the need to do so.

If your rabbit is accustomed to the presence of a companion (other rabbit, guinea pig) or a stuffed animal, it is preferable that he accompanies it when traveling. As for guinea pigs, they must live in groups of two or three. On the other hand, it is necessary to avoid putting two whole males together, because they would risk fighting. The cage will have to be of sufficient size to avoid overpopulation.

Finally, if you have to handle your rabbit or hug it and it struggles, hiding its eyes can help it to relax. Always remember to keep his hindquarters in place so he doesn’t break his spine if he struggles violently. 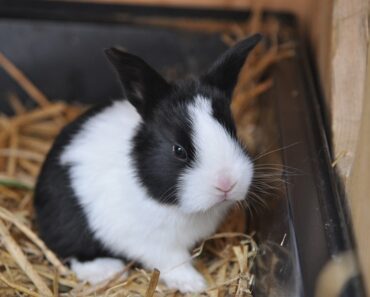 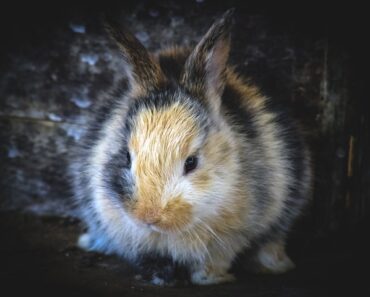 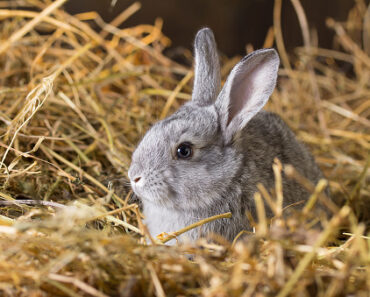 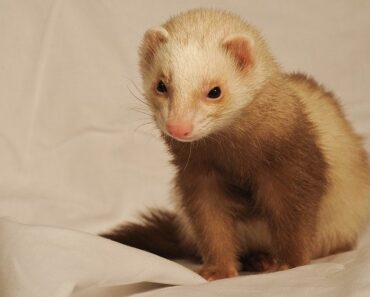 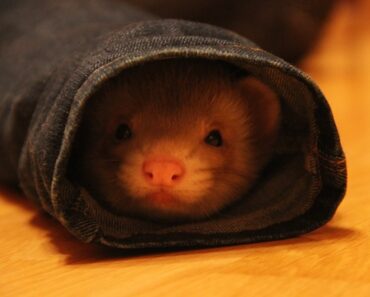