General information on the salamander

The word “salamander” refers to many species of “urodela” amphibians (meaning that in these animals the tail persists after metamorphosis to adulthood). The best known is the common salamander, or Salamandra salamandra, also called spotted salamander, ground salamander, common salamander or fire salamander. It is widespread in Europe. Its body is black and long (about twenty centimeters), spotted with yellow. The skin has an oily, shiny appearance.

It is an animal that moves slowly, with a rather sluggish gait. It is able to quickly regenerate parts of its injured body. In the wild, the salamander can live about twenty years. In captivity, it can live up to 50 years!

The salamander is a nocturnal or twilight animal, which lives near springs, streams, lakes, etc.. You should also know that the salamander is an animal that hibernates, between October and February approximately. Hibernation takes place mainly underground, in shafts, underground mammal galleries, old mining tunnels; it is even possible to find a salamander in your cellar. As the salamander cannot swim, it must adapt to changing water levels to avoid drowning. Adult salamanders feed mainly on small invertebrates, such as sowbugs, beetles, or a few species of slugs.

The salamander is an ovoviviparous animal, which means that the eggs are incubated in the female genital tract. Towards the end of spring or early summer, the male comes to meet the female and places himself under her (she is on his back); there is no penetration, just rubbing. The male emits spermatozoa grouped together in spermatophores that the female absorbs with her cloaca. Mating lasts between 15 and 30 minutes and fertilization is internal. The duration of gestation is not perfectly known, but it is several months. The birth usually takes place after hibernation, in March. The female releases in the water, through her cloaca, well developed larvae (between 10 and 35, sometimes much more) of 3 centimeters long. The larvae are born in an aquatic environment where the water is shallow. They resemble small newts with 4 limbs, and have at the beginning of their life a gill breathing and a caudal fin. They are easily recognizable by their yellow legs. Little by little the metamorphosis will take place, the legs and the lungs will develop, and the larvae will get ready to come out of the water and have a terrestrial life. The metamorphosis lasts from 2 to 6 months, depending on the region and sometimes more in the mountains. Once out of the water, the salamander only returns to give birth to its young.

The salamander in captivity

The medium must be kept moist and cool (e.g. by spraying water, without soaking the substrate). You can add dead leaves and bark.

Salamanders should be kept out of the sun and away from heat, as they are very sensitive to dry heat. The terrarium should always be kept very clean. Thus, the moss must be renewed frequently, excrement and food remains removed. Lighting is not necessary, however, if you wish to use a light source use one that will give off as little heat as possible, such as fluorescent tubes. The temperature should be between 15 and 20°C. There is no need for a water point in the terrarium if you do not wish to breed your salamander. For breeding, a large body of water must be installed. It should not be very deep, but should have branches and leaves that will serve as an anchor point for the eggs. It is important to know that reproduction in captivity is a difficult experience.

The larvae must be raised in an aquarium or glass tank at a cool temperature. The bottom of the tank can remain naked; in any case, a sand floor should be avoided, as it may injure the larvae.

The salamander is a carnivorous and hunting animal. The live food offered should be adapted to the size of the animal and not have a too thick carapace (therefore avoid low-nutrient mealworms and some beetles). Also beware of certain highly venomous spiders and other myriapods which can be dangerous. This salamander is capable of fasting for several weeks in very cold periods.

Caution! To protect itself from predators, the salamander secretes a toxin, so it is necessary to wash your hands after each handling. In general, salamanders are animals that should not be handled, but only observed.

Here is some information on the living conditions of the salamander, whose captivity is prohibited (without special authorization)! 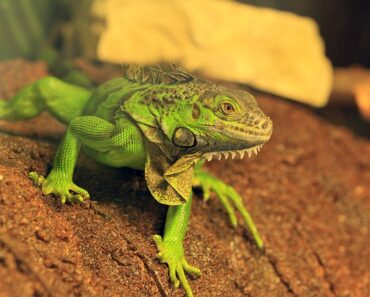 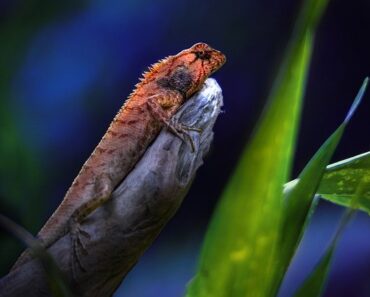