When it comes to cohabitation between birds, there are certain principles to be respected in order to put all the chances on your side. These are rules of thumb, not absolute truths; you will never have any guarantee that cohabitation will go well, and conversely, you may have pleasant surprises, depending on the temperament of each bird and its environment. It is up to you to take all possible precautions to guarantee the safety of your birds.

Ensure a comfortable environment for everyone

In general, overcrowding of cages and aviaries should be avoided, as this would be detrimental to the birds’ well-being and cohabitation. The number and species of birds to be introduced depends on the size of your aviary. If they have room, the birds will be less stressed, and will be able to find a quiet place or refuge in case of conflict.

If you have an outdoor aviary, it is also important that all its inhabitants can withstand the climate of your area. Ideally, you should choose birds that come from geographically close areas. Some species need a lot of light, others (especially tropical species) prefer planted, more shady areas.

Resources should be sufficient for everyone with multiple feeding points. Preferably choose species with a close diet.

Do not rush presentations

In any case, before introducing a new bird in an already installed group, do not forget to respect a quarantine period. In particular, check for respiratory problems, diarrhea, and plumage integrity.

It is best to place the new bird in a cage close to the others for a few days to observe how each bird behaves and to detect conflicts early. It is preferable that the birds are accustomed at an early age to living with other species. Generally, cohabitation between young birds does not pose any problems.

The breeding season can be a critical time for cohabitation between species. If you place nests, their allocation can become a source of conflict. Therefore, there should always be more nests than pairs.

The other problem concerns the eggs, which can be quickly destroyed by birds of other species. Indeed some birds tend to come and visit all the nests and destroy their contents (this is the case of the Japanese Sparrow or the wavy parakeets for example).

If you want your birds to breed, be aware that some of them will probably not do so under these conditions (canaries, mandarin diamonds).

It is rather difficult to make your birds reproduce in a cohabitation context. Separations will surely be expected.

The different types of birds

The most common straight-billed cage and aviary birds are canaries, diamonds (mandarin, Gould’s diamond), Japanese nightingales and sparrows and paddas. They are generally small, rather fragile birds. They feed on mixtures of exotic bird seeds, fruits or insect food.

Hook-billed birds are those of the parakeets and parrots family. Among the most common are the inseparable, Touis, wavy parakeets, collared parakeets, callopsittes, Turquoisines, Red Rumps, Kakarikis, Bourkes, Catherines, Conures, Macaws and Gabon Greys.

Hooked beaks also feed on seeds and fruits, but these are not the same seeds as straight beaks. The type of seed also depends on the size of the bird.

Which birds can live together?

Generally speaking, it is preferable to put together only birds of comparable size (to avoid the smallest bird being too seriously injured in case of a fight), which have the same needs in terms of environment, and whose temperaments are compatible. Thus, very calm birds will not appreciate being disturbed by more dynamic ones. It is necessary to know the temperament and requirements of the birds before attempting to put them together. For each species, it is preferable to have at least a couple or a trio so that the bird is not alone. Females will often pose fewer problems than males. Finally, hand-raised birds (HBBs) are less likely to be able to cope with cohabitation because they have not learned to live with their fellow birds in the same way as others.

Among hooked beaks, lovebirds, celestial touis and wavy parakeets are birds with a particularly difficult character, which can tolerate each other but are easily aggressive towards other species. It is absolutely excluded to make them cohabit with straight-billed birds, to which they could inflict severe mutilations with their powerful beak (it is not uncommon to find severed legs).red rumps are also very unsociable.

As a general rule of thumb, the basic rule is not to have both hooked and straight beaks. Of course, there are some exceptions. Some calm, tolerant and not very territorial hooked beaks may be suitable, such as Bourke’s parakeets and Turquoisines, or even callopsitta parakeets. Another exception: the Chinese quail, which can be a good choice if you have plenty of floor space in your aviary, can peacefully cohabit with hook-billed birds. In addition, it feeds partly on seeds that have fallen to the ground, which can help to avoid waste.

In the case of a mixed aviary, you can provide birds with both straight beak food and hooked beak food. Everyone will be able to find the right food for them.

It is not advisable to have several hooked beaks together. These birds are either too aggressive and would quarrel, or calm and fearful and feel threatened. During the breeding season, cohabitation is illusory. The rest of the time, it is sometimes possible if the aviary is big enough.

Some species of hooked beaks have a calm or even fearful temperament and can cohabit. This is the case of Callopsittes, Turquoisines, Bourkes and Catherines parakeets.

Most straight-billed birds can cohabit in a sufficiently spacious cage or aviary. However, it is best to avoid putting two male canaries together. Japanese nightingales can be a little boisterous, but they can still tolerate cohabitation. 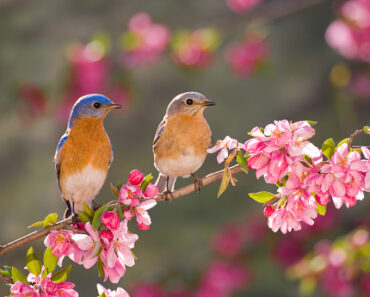 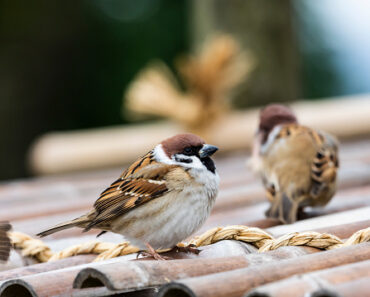 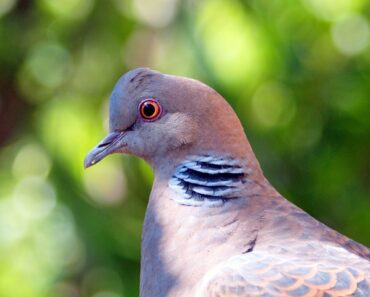 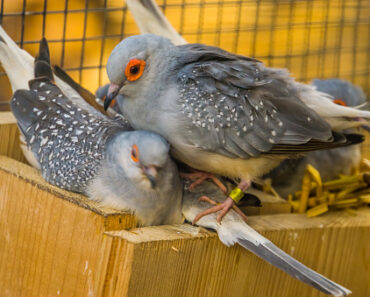 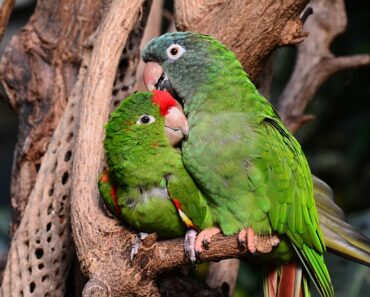